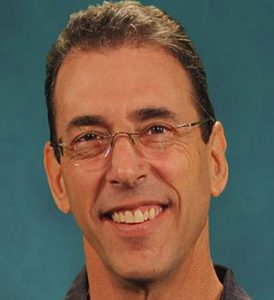 Save more and spend less is more than just a motto for money expert Clark Howard; it’s a way of life. Clark and his crew — Team Clark — are on a mission to empower people to take control of their finances by providing money-saving tips, consumer advice, hot deals and economic news to help everyone achieve financial freedom.

Clark spearheads two free resources — Clark.com and ClarkDeals.com — to encourage consumers to save more, spend less and avoid ripoffs. Clark is a nationally syndicated radio talk show host and a consumer reporter for television stations around the country. His podcast, The Clark Howard Show, receives more than one million downloads each month and is a hub for listeners to get valuable advice on-demand any time. In 1993, he opened the Consumer Action Center help line to provide the community with free advice on money and consumer issues.

After retiring at the age of 31, the “consumer champion” dedicated his life to teaching people how to keep more of the money they earn and make better financial decisions. He worked his way through night school in college and became a successful lifelong entrepreneur, media star and #1 New York Times best-selling author through hard work, penny pinching and a genuine love of saving money!

Clark also believes in giving back. His charitable work has ensured that more than 150,000 Atlanta foster children had presents under the tree on Christmas morning through the Clark’s Christmas Kids campaign. He and his wife have also sponsored 74 Habitat for Humanity homes for families in need and dedicate these houses to caring local citizens.

Clark’s career included stints in both government and private sectors. He was a civilian employee working for the U.S. Air Force at the end of the Vietnam War. He launched a travel agency in 1981 that grew into a chain with locations across metro Atlanta. In 1987, he sold the company at 31 and retired.

Clark found his way into the public eye almost by accident. While enjoying retirement on the pristine beaches of Florida, he was asked to be a guest on a radio show about travel. The response was so positive that he was given his own program, The Clark Howard Show.